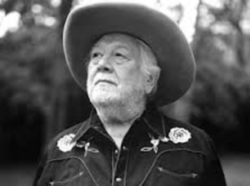 1973 Hall of Fame inductee, Jack Clement, passed away at the age of 82 at his home in Nashville following an illness.

Clement's most known songwriting hits include Cash's "Ballad of a Teenage Queen" (No. 1 for 10 weeks) and "Guess Things Happen That Way" (No. 1 for eight weeks), Bare's "Miller's Cave", Waylon Jennings' "Let's All Help the Cowboy (Sing The Blues)" and Tompall & the Glaser Brothers' "California Girl (and the Tennessee Square)". Several of his tunes became standards for Cash, including "The One on the Right is on the Left", "Dirty Old Egg-Sucking Dog", "Everybody Loves a Nut" and "Flushed From the Bathroom of Your Heart".

Clement was to be officially inducted into the Country Music Hall of Fame during ceremonies in October alongside Kenny Rogers and Bobby Bare.