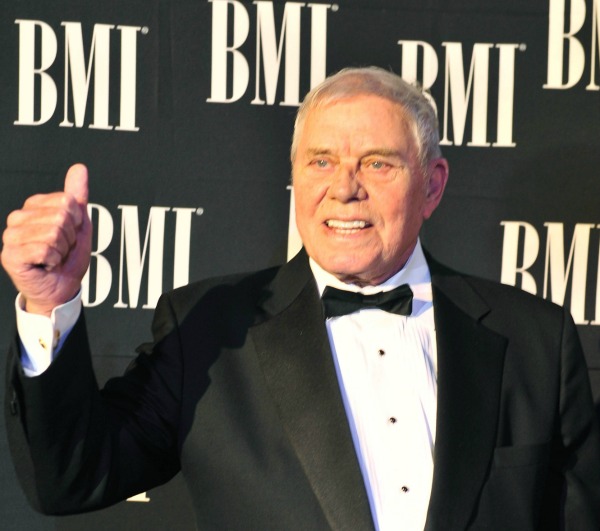 The night’s powerful musical tribute to Tom T. Hall featured recent chart-toppers The Avett Brothers, who took the stage to deliver “That's How I Got To Memphis”; bluegrass power duo Dailey & Vincent, who performed “Can You Hear Me Now”; prodigal son Justin Townes Earle, who sang ‘Homecoming”; and country superstar Toby Keith who sang “Faster Horses (The Cowboy And The Poet)” accompanied by Scotty Emerick.

As a recording artist, Hall has had seven No. 1 singles, all self-penned. In total, Hall has earned a staggering 31 BMI Awards for songwriting spanning country and pop genres, and six of his songs have accumulated more than one million performances each. In 2008, he was welcomed into the Country Music Hall of Fame.

“Tom T. Hall’s outstanding contributions of expertly crafted songs earned him the nickname “The Storyteller,” and as his songs have transitioned through traditional broadcasts and digital mediums, BMI has been proud to make that journey with him every step of the way,” said BMI President & CEO Del Bryant.