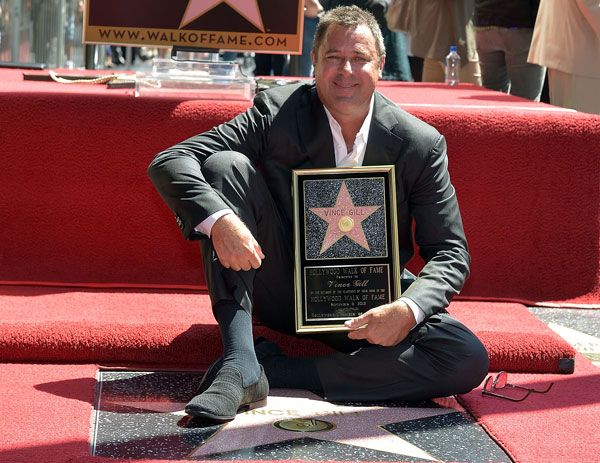 2005 Nashville Songwriters Hall of Fame Inductee, Vince Gill, received a star on the Hollywood Walk of Fame on September 6, 2012. His star was placed next to wife Amy Grant’s, who was in attendance at the ceremony. Vince was honored to have several friends in attendance as well, among them were his longtime producer Tony Brown and Reba McEntire. Gill has sold more than 26 million albums, won 18 CMA Awards and 20 Grammy Awards, and was inducted into the Country Music Hall of Fame in 2007.