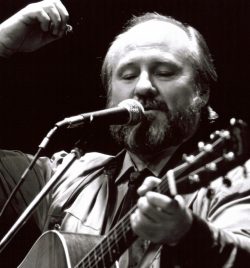 Sonny Curtis inducted into The Rock and Roll Hall of Fame

1991 Nashville Songwriters Hall of Fame inductee, Sonny Curtis was inducted April 14th into the Rock and Roll Hall of Fame as a member of the Crickets by a special committee, aimed at correcting the mistake of not including the Crickets with Buddy Holly when he was first inducted in 1986.

When Buddy Holly got offered a contract with Decca Records in 1956, he recruited three fellow musicians from his hometown of Lubbock, Texas to join him, one of whom was guitarist Sonny Curtis .

Born in May 1937, this singer/songwriter joined Holly on the road as lead guitarist. But following Holly’s death in 1959, took over as lead vocalist for the group as well. In addition to his time with The Crickets, Curtis wrote many songs including the theme song for The Mary Tyler Moore Show, "Love is All Around", which he also recorded. "More Than I Can Say” recorded by Anne Murray and “I Fought the Law“recorded by a wide range of artists including. Bobby Fuller, The Clash, John Cougar Mellenkamp, Bruce Springsteen, Roy Orbison and Hank Williams Jr.

Over the last six decades, Curtis has continued to record and perform as part of the band, and has helped reprise many of their hits.