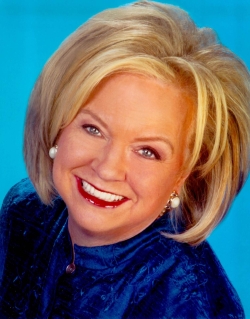 The late Donna Hilley, a groundbreaking executive in the music publishing business, is the recipient of the 2012 Frances Williams Preston Mentor Award, it was announced today by the Nashville Songwriters Hall of Fame Foundation. The honor will be acknowledged at the Nashville Songwriters Hall of Fame Dinner & Induction ceremony on October 7, 2012.

Hilley, who as chief operating officer of Tree International negotiated its purchase by Sony, later became president and chief executive officer of Sony/ATV Nashville, where she worked for more than 30 years.

“Donna was a truly amazing woman who rose from typist at a radio station to be one of the most successful music publishing executives ever,” said John Van Mol, chairman of the Nashville Songwriters Hall of Fame Foundation. “Several of our Hall of Fame songwriters have commented that she was a true friend to, and great defender of songwriters, a mentor in every sense of the word.”

Hilley receives the award named for Frances W. Preston, who influenced and nurtured the careers of thousands of songwriters, performers and publishers in all genres of music during her five-decade career at BMI. Previous recipients of the award are music publisher Bob Beckham (2008), music publisher Bill Hall (2009), Preston (2010) and music publisher David Conrad (2011).

The Nashville Songwriters Hall of Fame Dinner & Induction Ceremony is one of the music industry’s foremost events of the year. As previously announced, this year’s inductees are Tony Arata, Mary Chapin Carpenter, Larry Henley and Kim Williams. The evening features tributes and performances of the inductees’ songs by special guest artists. NaSHOF’s sister organization, the Nashville Songwriters Association International (NSAI), also presents its annual awards for the year’s Best Song, Songwriter and Songwriter/Artist, as well as the Top 10 “Songs I Wish I Had Written,” as determined by the professional songwriters division.

The 42nd Anniversary Nashville Songwriters Hall of Fame Dinner & Induction Ceremony is presented by AT&T, and will take place at the Renaissance Nashville Hotel. Tickets for the event are $225 each. A limited number of seats are available to the public this year and may be purchased by contacting event director Mark Ford at 615 256 3354 or hoftix@nashvillesongwriters.com.

Donna Hilley Born in Birmingham, Alabama, Donna Hilley worked at Sony/Tree for 32 years and served as President and CEO from 1994 until her retirement in 2005. Based in Nashville, she guided Sony/ATV Tree's expansion into non-country areas such as film, television, advertising, music and Broadway musicals while maintaining Sony/ATV Tree's leadership in the country field.

She began working with Tree/Cross Keys in 1973, negotiating the company's acquisition of more than 60 major catalogs, including those of Jim Reeves, Conway Twitty, Buck Owens and Merle Haggard, as well as Tree's sale to Sony. Hilley was also instrumental in moving the worldwide administrative headquarters of Sony/ATV to Nashville. In 2002, she orchestrated Sony/ATV’s acquisition of Acuff-Rose Music Publishing.

In 1996, Hilley was named "One of Nashville's Top 10 Most Powerful People in the Music Industry” and in 1995, was named "One of Nashville's Top 25 Most Influential Women" by Nashville Life Magazine. In 1992, Entertainment Weekly Magazine ranked Hilley #4 in its "Ten Most Powerful People in Country Music." She was bestowed with the Belmont University School of Music Applause Award in 1992 for her service to the college community and music industry.

In 1999, she was inducted into the Alabama Music Hall of Fame and elected into the YWCA Academy for Women of Achievement. As a tribute to Hilley in 2009, Belmont University established the Donna Hilley Endowed Scholarship in Leadership for students.

The woman who was herself an influence on and mentor to so many people died on June 20, 2012.