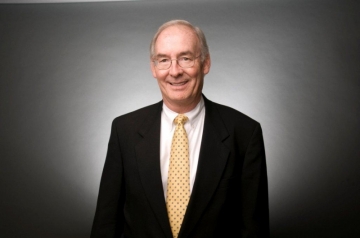 The Nashville Songwriters Hall of Fame Foundation (NaSHOF) has elected newly inducted Hall of Fame songwriter Pat Alger and veteran songwriter and publisher Steve Bogard to its 2011/2012 Board of Directors. The Board also elected John Van Mol to serve as Chairman of the Foundation. Van Mol will succeed Roger Murrah, who steps down after five years of dedicated service to the organization as Chairman.

“It’s certainly an honor and a privilege to serve the Nashville Songwriters Hall of Fame Foundation,” said Van Mol, CEO of Dye, Van Mol & Lawrence. “I’m grateful to have the opportunity to build upon the great work of the Foundation and will do my very best to uphold, honor and expand the legacy of the legendary songwriters the Hall of Fame represents.

"Additionally, we're very pleased to welcome Pat Alger and Steve Bogard to our board," said Van Mol. "Pat and Steve exemplify the exceptional talent, ingenuity and perseverance it takes to have successful and impressive careers in the music industry and I expect them to be excellent additions to the board.”