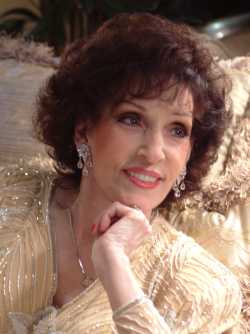 Gospel legend and Nashville Songwriters Hall of Fame Member, Joyce "Dottie" Rambo died on Sunday, May 11, 2008, when her tour bus ran off the highway and struck an embankment in Missouri. Ms. Rambo, who was 74, was on her way to a Mother’s Day concert performance in Texas.

According to the Associated Press, seven other passengers on the bus were injured in the wreck, which occurred on Interstate 44, two miles east of Mount Vernon. The Missouri Highway Patrol reports that the injured were hospitalized in Springfield with moderate to severe injuries. The cause of the wreck is under investigation and it is not known at this time if it was weather related.

"She was a giant in the gospel music industry," said Beckie Simmons, Rambo's agent. "Dolly Parton recorded some of her songs."

Dolly Parton released this statement about the tragedy, "I know Dottie is in heaven in the arms of God right now, but our earth angel will surely be missed. Dottie was a dear friend, a fellow singer, songwriter and entertainer, and as of late my duet singing partner."

In 2007, Rambo was inducted into the Nashville Songwriters Hall of Fame and the Kentucky Music Hall of Fame in 2006. She has had over 2,500 songs published and recorded by artists such as Elvis Presley, Whitney Houston, Dolly Parton, and Barbara Mandrell. In 1982 she was honored with the Song of the Year from the Gospel Music Association for "We Shall Behold Him."

For more on Dottie Rambo visit her Web site www.dottierambo.net.