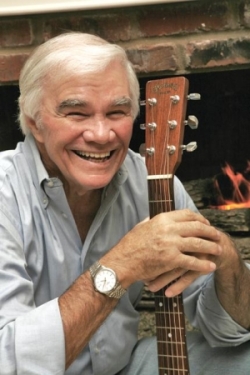 Recently, there has been renewed interest in the songs of Dickey Lee with the emergence of the TNT hit show, "Memphis Beat." Lee co-wrote the theme, which was originally recorded by Jerry Lee Lewis.

Memphis-born singer/songwriter Dickey Lee has had a stellar career that spans 5 1/2 decades. Just barely out of high school, he had his first hit in 1957 with "Dream Boy." In addition to his own recording career, he has enjoyed great success as a writer. His songs have been recorded by legends such as Elvis Presley, James Taylor, Waylon Jennings, Jerry Lee Lewis, and Ray Charles, just to name a few. George Jones was the first to record the classic, "She Thinks I Still Care."

Recently, there has been renewed interest in the songs of Dickey Lee with the emergence of the TNT hit show, "Memphis Beat." Lee co-wrote the theme, which was originally recorded by Jerry Lee Lewis. "You know, it's amazing," says Lee. "You write a song in the early sixties, and it's the theme of a TV show in 2011!" In this interview, Lee talks about how he got his start in Memphis, the importance of titles, and how patience is a necessary virtue for songwriters.

1. What does it mean to you to be in the Nashville Songwriters Hall of Fame?
Dickey Lee: Oh, it was fantastic. I never expected it. I didn't even expect it at the dinner. A friend of mine said, "You better get your speech ready." I said, "I don't have a speech." (Laughs.) I said, "I don't deserve this, but I'll take it." It was really great!

3. How did you get your first song recorded?
Dickey Lee: Oh, gosh! Well, the first song I got recorded, I recorded it. I'm from Memphis. I graduated from high school in 1955. There was a really hot disc jockey in Memphis called Dewey Phillips. He had a show from 9-12, six nights a week called 'Red, Hot, & Blue.' All the kids in town just loved him. For some crazy reason, I just went up there one night. I got myself in and got to talk to him. I asked him if he would listen to a couple songs. He agreed. He said, "Those are pretty good. Why don't you get a group together and come back?" Much to his surprise, I did. (Laughs.) We eventually recorded them right in the radio studio. He found this little label called Tampa Records. It was out of L.A. We put the record out, with two songs that I'd written, "Dream Boy" and "Stay True, Baby." They were mid-south hits. Then, after that, I signed with Sun Records. I had a few hits on Sun, which were also mid-south hits. Then, I had my first national hit on Smash Records which was "Patches." That was my first number one record.

4. Tell me the story behind writing "She Thinks I Still Care."
Dickey Lee: There was a girl that I was really crazy about when I was going to college. I wrote the song about her. She dumped me! We're friends today, actually. I just wrote it about this girl.

5. Where does the inspiration for your songs come from?
Dickey Lee: I'm always looking for titles. I can't do anything without a title. I've tried before and I write myself into a corner. That's basically where I start. I've had some great co-writers too. It's usually the same process whether I'm on my own or with a co-writer. Maybe I'll start off trying to come up with a chorus or a verse, but the title will take me somewhere. I'll just start singing crazy melodies. That's why you like to be alone or with people that you really know because we'll just start throwing stuff against the wall, you know? Then, you say, "Yeah, I like that."

6. Is there a song that someone else wrote that you wish you had written?
Dickey Lee: About a million of The Beatles' songs! (Laughs.)

7. How do you tell a good song from a great one? Do you know when it's going to be successful?
Dickey Lee: Boy, that's really hard. I'm not sure how you define great against good. There's so many hits. I think, today, marketing has so much to do with it. I think, back when I started, usually a good song would get cut. I don't think that's true today. Good songs do get cut today but, boy, there are a lot of songs that don't make it.

8. Where were you when you first heard one of your songs on the radio? Do you remember that moment?
Dickey Lee: Yeah. It was "Dream Boy." I was at a drive-in movie, with a buddy of mine. We went to see some thriller or something. I had the radio on and my song came on. Boy, it was like magic! It's still good when you hear one of your songs. I mean, it's not that same magic feeling but you're thinking, "Somebody's playing me! Thank goodness!" The other side of "Dream Boy" was a song called "Stay True, Baby." It was almost as popular. As it went up the charts, they listed both sides. I remember the first time I ever played in Germany. It was 1985. I played at this amphitheater over there. I went out and before I started playing, this voice comes out of the audience, "Stay True, Baby!" I'm thinking, "Gosh, I don't even remember that song!" It was amazing!

9. What advice would you give to someone who wants to be a professional songwriter?
Dickey Lee: I would say two things: Don't be discouraged and patience. When I started, it was not nearly as hard as it is compared to now. I just had a dream. I grew up on a farm, which I could hardly wait to get off of. This was something I wanted to do and I envisioned myself doing it. I just believed that it was going to happen. It was just something I loved to do. I love to sing. I love to write. It was just fun, you know?

10. Looking back on all that it took for you to becoming a successful songwriter, would you do it again?
Dickey Lee: Yeah. Although, if I was starting out now, it would probably be a lot more scary. I was never scared back then. I never thought about the odds that were against me. I think I would think about that a little bit today. It's a different time. It's a different culture. People are different. They think different. I think you just do what you gotta do. I still say to do it, you gotta believe. You gotta have patience. A lot of people are going to tell you you're not going to make it. I remember my daddy told me I ought to take my guitar and throw it in the Mississippi River and get a job. (Laughs.) A lot of kids have family that encouraged them, you know? But my family all loved it when I got it going.