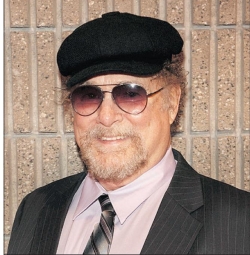 His career included time as a hit artist, songwriter, producer and sideman. He had recently been in failing health.South got his start in the music business at age 12 with a radio show on Atlanta’s WYST. Local music publisher and radio vet Bill Lowery helped guide his career. South was eventually hired as a staff writer and musician by Atlanta’s National Recording Corporation, where he met and played with NRC artists Ray Stevens and Jerry Reed.

South wrote and produced his first charttopper, The Tams’ “Untie Me” in 1962. As an artist, South won Grammys in 1969 for Best Contemporary Song and Song of the Year for “The Games People Play,” released on his Introspect LP (Capitol). He followed that success with the hits “Walk a Mile in My Shoes” and “Don’t It Make You Want to Go Home.

”His greatest professional achievement came with the international success of Lynn Anderson’s recording of “(I Never Promised You A) Rose Garden.” It earned Grammy nominations for him in 1970, and secured a win for Anderson for Best Country Vocal Performance. South would go on to pen more hits for Anderson, such as “How Can I Unlove You” and “Fool Me.”