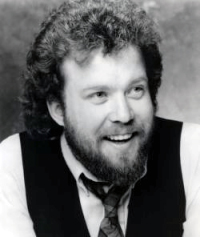 In addition to writing the mega-hits “The Gambler,” and "Forever and Ever, Amen, Schlitz a two time Grammy award winner and four-time ASCAP Country Songwriter of the Year, has also won three CMA Song of the Year Awards, two ACM Song of Year Awards, and written over 20, #1 hits.

Schlitz will be inducted at the organizations 43rd Annual Induction and Awards Dinner on Thursday, June 14 at the Marriott Marquis Hotel in New York City.