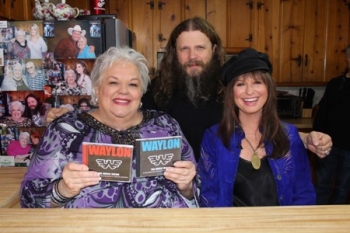 The Music Inside, Volume II, the second of a three volume series dedicated to the late Waylon Jennings, features country music artists performing his greatest hits.

The album will be available for pre-sale purchase digitally on January 24, 2012, with availability at retail starting on February 7, 2012.