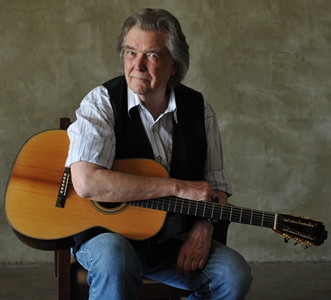 2004 Nashville Songwriters Hall of Fame inductee, Guy Clark, will release a live recording, entitled Songs and Stories, on August 16th. The album, featuring Clark and a full band, contains many Guy Clark classics, including "LA Freeway," "The Randall Knife," and "Dublin Blues." Befitting the album title, Clark shares the stories behind some of his most enduring songs.

Guy Clark fans have even more to look forward to in 2011. Some of Clark's friends and fellow songsmiths pay homage to the songwriter on This One's For Him: A Tribute to Guy Clark, a double album set for release this fall. Artists such as fellow Songwriters Hall of Fame Members Willie Nelson, Rodney Crowell, Kris Kristofferson, and Vince Gill, among others, lent their time and talents to this labor of love. Lyle Lovett, who performed "Anyhow I Love You" for the tribute, states, "Guy's songs are literature. The first time I heard Guy Clark, I thought it made everything I'd hear up to that point something other than a song. His ability to translate the emotional into the written word is extraordinary."