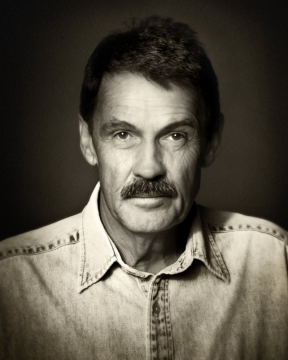 Nashville, TN September 26, 2011 -- Legendary music publisher David Conrad will be presented with the Frances Williams Preston Mentor Award during the upcoming Nashville Songwriters Hall of Fame Dinner and Induction Ceremony on October 16th, it was announced today by John Van Mol, Chairman of the Nashville Songwriters Hall of Fame Foundation. Conrad is one of the industry’s most influential and respected executives.

"David is everything a songwriter could want in a mentor: honesty and integrity, character and class,” Van Mol said. “As a music publisher, he loved the songs and he loved the writers, and served as their coach, teacher, psychologist, friend and business partner. Writers were always proud to have their work go out into the world represented by David Conrad, and this award is well-deserved recognition of his outstanding character and care for those in the songwriting profession."

Conrad receives the award named for Frances W. Preston, who influenced and nurtured the careers of thousands of songwriters, performers and publishers in all genres of music during her five-decade career at BMI. Previous recipients of the award are music publisher Bob Beckham (2008), music publisher Bill Hall (2009) and Preston (2010).

The Nashville Songwriters Hall of Fame Dinner & Induction Ceremony is one of the music industry’s foremost events of the year. The evening features tributes and performances of the inductees’ songs by special guest artists. As previously announced, this year’s inductees are John Bettis, Garth Brooks, Alan Jackson, Thom Schuyler and Allen Shamblin.

NaSHOF’s sister organization, the Nashville Songwriters Association International (NSAI), also presents its annual awards for the year’s Best Song, Songwriter and Songwriter/Artist, as well as the Top 10 “Songs I Wish I Had Written,” as determined by the professional songwriters division.

The 41st Anniversary Nashville Songwriters Hall of Fame Dinner & Induction Ceremony is presented by AT&T, and will take place at the Renaissance Nashville Hotel. Tickets for the event are $200 each. A limited number of seats are available to the public this year and may be purchased by contacting event director Mark Ford at 615 256 3354 or [email protected]

David Conrad’s career spans more than 35 years in the music publishing business. He has played a major role in the development of Nashville as one of the world's primary songwriting capitols.

In 1973, he was hired as general manager for Charley Pride's PiGem/Chess Music, where he worked with coowner and producer Tom Collins. Conrad managed a staff of 15 songwriters and was involved in the development of such awardwinning tunesmiths as Kent Robbins, Dennis Morgan, Kye Fleming and Archie Jordan. He was also involved in the careers of and selected material for Ronnie Milsap, Barbara Mandrell and Steve Wariner.

In 1981, Conrad opened the Nashville office of Almo/Irving Music. Through his direction, the company became a leader in cultivating songwriting of all genres, having placed songs not only on the country music charts but those of pop, adult contemporary and R&B as well.