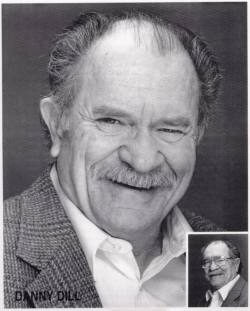 Inducted into the Nashville Songwriters Hall of Fame in 1975, songwriter and artist Danny Dill is best known for writing “Long Black Veil,” co-written with Marijohn Wilkin and recorded by Lefty Frizell and Johnny Cash, and “Detroit City,” co-written with Mel Tillis and recorded by Bobby Bare. As a performer, Dill toured in the 40s and 50s and appeared on the Grand Ole Opry as half of the duo Annie Lou and Danny. The duo opened shows for artists such as Ernest Tubb, Eddy Arnold, and Hank Williams.

“If all he’d done was to help to write “Long Black Veil,” he’d still go down as one of the all-time greatest country songwriters.” said fellow Hall of Fame member Bill Anderson to the Tennessean.

For more on the career of Danny Dill, visit his Nashville Songwriters Hall of Fame page.