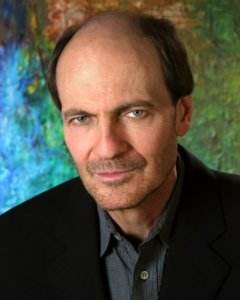 Feature interview with Nashville Songwriter Hall of Fame member Bobby Braddock. Bobby discusses how he got his start, producing, performing, and the importance of giving back.

Legendary songwriter and producer, Bobby Braddock was inducted into the Nashville Songwriter's Hall of Fame in 1981 at just 40-years-old. His first song "Walkin' Papers" was produced in 1961, and he's been writing hits ever since.

Bobby is known for writing some of country music's greatest songs, such as: "D-I-V-O-R-C-E" for Tammy Wynette, "He Stopped Loving Her Today" for George Jones (which won the CMA Song of the Year Award two years in a row, only the second song in CMA history to boast that accomplishment), "Time Marches On" for Tracy Lawrence, and Toby Keith's "I Wanna Talk About Me." In addition, he's written hits for such renowned artists as the Oak Ridge Boys, Tanya Tucker, Willie Nelson and Jerry Lee Lewis, just to name a few. In recent years, he discovered Blake Shelton and produced three hugely successful albums for him.

Today he is focusing on a different kind of writing. After the success of his first autobiography, "Down in Orburndale: A Songwriter's Youth in Old Florida," he's currently working on his second memoir about Nashville's Music Row and how it has changed over the years.

Q: What does it mean to be in the Nashville Songwriters Hall of Fame?
BB: To be recognized by one's peers is the ultimate honor and I appreciate it now more than ever. I was inducted in 1981, when I was just 40 years old, so it was a bit of a shock—I wasn't expecting it. But as time has gone by it means more and more.

Q: How did you get started writing songs?
BB: I started fooling with songs in my teens. I would send them to Nashville, and they would come back unopened. I felt pretty certain that I could make a living as a piano player, so I went ahead and moved to Nashville. I wasn't sure I was good enough to be a songwriter. My first job was playing piano for Marty Robbins, and after he recorded a couple of songs that I wrote, I thought, "Hey, I am a songwriter." So I quit the road with Marty and went to Sony, ATV Publishing, which back then was called Tree Publishing. I have pretty much been there ever since.

Q: Where does the inspiration for your songs come from?
BB: Inspiration for songs comes from life and having lived it: my life as well as the lives of people around me. Writing from life is the easiest thing because you just tell the truth. You make it rhyme and put a melody to it, get a little inventive, take some license and change things around a little bit. Certainly, everything that I write is not autobiographical or discreetly out of someone's life, but that's where the inspiration comes from.

Q: What is the one lesson that you learned from songwriting that you will never forget?
BB: That the part of your brain that creates something is not the same part of your brain that perceives something. I've learned that when I first write something and think it's the most wonderful thing in the world- I have to step back from it and listen to it a couple of days later, as if it were someone else's work. That way there is some objectivity. I don't trust my judgment initially.

Another lesson is "Don't be too big for your britches." That goes for anything in the music business. I know some people who have a little bit of success and they become very arrogant. I have tried to remember that whatever I do and whatever I have can be taken away from me, and I need to be thankful for all the success. I also try to keep this in mind when people who haven't had success yet come to ask for advice. I do whatever I can to give a helping hand and point someone in the right direction.

Q: Is there a particular song you wish you had written and why?
BB: I remember when I heard Rodney Crowell's "Please Remember Me," which I think is the best splitting-up song I have ever heard, thinking, "Wow! I wish I had written that song." I think that's the ultimate compliment you can give to a songwriter. "Making Memories of Us" is another. When I hear a really great song, I wish it was one that I had written. I've also written a lot of songs that I wish no one had heard. [laughs] Harlan Howard once said that we all write our crap, but the better of us hopefully have better sense than to let other people hear it.

Q: How did you get your first song recorded?
BB: My first song was recorded by Marty Robbins. He asked me to write a western cowboy song and I wrote "Matilda." It was a song about a pioneer woman. After that, he recorded a couple more of my songs. So just being in his band gave me an opportunity to start songwriting.

Q: Where were you when you heard your song on the radio?
BB: I was driving to the Nashville Public Library and had the radio on and heard Marty Robins singing "While You're Dancing." I remember it was just a wonderful feeling to hear my song being played on the radio.

Q: And what advice would you give someone that wants to become a professional songwriter?
BB: Be absolutely certain that it's what you want to be, because to be truly successful at it, you have to be prepared for disappointments and be willing to give yourself a good timeline. It's hard to be successful at songwriting — even harder today because CD sales are down so much and that's a trend that's only going to get worse. I think there will come a time when the primary income for songwriters is going to be airplay, which means you have to have hit songs. People who have a knack for getting songs on albums but not getting very many singles — I'm afraid their future doesn't look very lucrative. And I would suggest it's easier if you live where the action is around the recording center. If that's country music, of course, that would be Nashville. As the saying goes — you have to be present to win.

Q: Looking back on all it took for you to become a successful songwriter - would you do it all over again?
BB: I'm not sure if I would have focused on songwriting or producing. I might have been an author or a journalist. I think I would be equally happy in any of those fields. There are a lot of things that I could have done that I would have loved. But I have a happy life as a songwriter. It's been wonderful!

For more information on Bobby Braddock visit his Web site: Down in Oburndale.com.