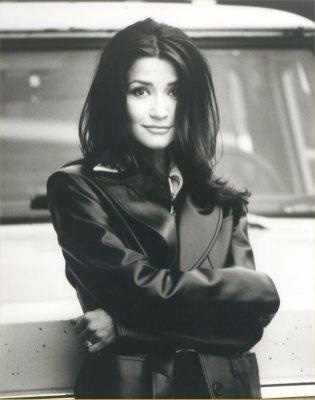 Nashville Songwriter Hall of Fame Member, Matraca Berg shares personal stories of her life, discusses the people who mean so much to her, and offers advice to up and coming songwriters.

Matraca Berg wrote her first number 1 record at the age of 18. The song "Faking Love" was sung by T.G. Sheppard and Karen Brooks. Many artists have recorded, her songs including, Reba McEntire, Faith Hill, Martina McBride, Randy Travis, The Nitty Gritty Dirt Band, Trisha Yearwood, and The Dixie Chicks. Over 50 of her songs have been recorded, making Matraca one of the most recorded songwriters in Nashville.

Q: What does it mean to you to be a member of the Songwriter's Hall of Fame?
Matraca Berg: My mother's best friends were hall of fame songwriters. They were also my heroes, growing up. It is like being invited to the Superfriends' dinner! I still can't believe it.

Q: How did you get started writing songs?
MB: I grew up around songwriters. I wrote my first song at 5. I never thought of anything else.

Q: How did you get your first song recorded?
MB: I wrote a song with Bobby Braddock, who was a friend of people I grew up around. I adored him as a human being and wrote with him because we became friends, but his name and talent helped things along in a BIG way. I feel guilty I had such an inside track. Mom tried to assuage me of my guilt and told me I paid HER dues, being a child of a struggling backup singer-songwriter, fighting poverty, and living a transient life for much of my childhood.

Q: Where does the inspiration come for your songs?
MB: Life

Q: How do you tell a good song from a great one?
MB: The tickle in your soul. But sometimes you are dead ass wrong!!! The reaction of other people can help in time like these.

Q: What's one lesson you've learned about songwriting that you can pass on to future songwriters?
MB: The song is the most important thing in the room. Ego and ambition mean nothing. If you don't serve the song, you have nothing that will last.

Q: Are there any songs that you wish you had written?
MB: "Good Ol Boys Like Me," and "Eleanor Rigby"

Q: Where were you when you first heard your first song on the radio?
MB: In my Mom's little pickup truck, driving, across a bridge. She stopped the truck when it was safe, and asked me how I felt. It was her dream, writing a hit song, it was bittersweet for me. I will never forget the look on her face. She was beaming with pride, but there was a tinge of sadness in her eyes that haunts me still.

Q: Given everything it has taken to be a successful songwriter, would you do it all over again?
MB: Yeah baby!!!

Q: What advice do you have for up and coming songwriters?
MB: To listen and learn from those you admire, but to keep your inner voice. Veterans can give nuts and bolts advice and inspiration. They can offer a jumping off point, but the next generation will have their own sound. Sometimes you will come back to an era, but will make your own imprint in a fresh new way...hopefully. AND, don't get lazy! Try to push yourself and the art form wherever you can, but study the masters, Master! Then take it to the next place with integrity and grace.