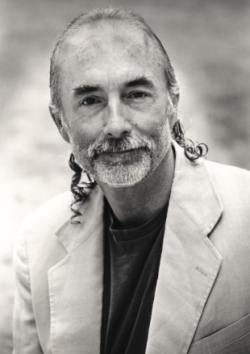 Hugh Prestwood has written hits for artists such as: crystal Gayle, Trisha Yearwood, Jimmy Buffet, Michael Johnson and Randy Travis. Inducted into the hall of Fame in 2006, the award winning songwriter won an Emmy and a NSAI Song of The Year honor for "The Song remembers When" (Trisha Yearwood) in 1993, and BMI's 1990 Country Song of the Year for "Bottom Of Your Heart" (Randy Travis). Hugh Prestwood shares details of his experience as a hit songwriter, and offers advice for aspiring songwriters.

Q: What does it mean to you to be a member of the Songwriter's Hall of Fame?
I could not exaggerate how much that honor means to me. I wouldn't trade it for a closet full of Grammies. The year I was inducted (2006) was the last year the NSF kept the honorees a secret, and I'm convinced my dumbstruck non-speech was the reason. I wish I had been optimistic enough to prepare some remarks ahead of time. I would have tried to express, however inadequately, my profound gratitude. I don't think a day goes by that I don't take great satisfaction in being a member of such an elite club.

Q: How did you get started writing songs?
As a young child listening to the radio, a song would occasionally come along that, with a single first listening, would so move me that I would be up all night longing for the moment I could hear it again. I had also played the guitar since I was ten. Lastly, I had always loved (and occasionally written) poetry. Given these ingredients, I remember – as I got older – wondering why I didn't write songs. Of course, growing up in El Paso, I had never met anyone who wrote songs so I was entirely clueless. Fairly late, about age 25, after I'd finished college and was teaching 6th grade, I got into a cover band (with Karen Taylor Good) and the band decided we should have some original material, so I started writing a few songs. Slowly a whole new universe opened up to me – particularly as I perceived that people responded to the songs. I am entirely self-taught. I never had a minute of instruction on how to write. I just slowly worked my own way out of the wilderness – or almost out.

Q: How did you get your first song recorded?
At age 30, hoping to make something happen with my songs, I moved to NYC, where a good friend from El Paso was on Broadway in a major musical, and she had some connections. I didn't know anyone in Nashville or L.A. After being in NYC a couple of years I met a successful producer – Alan Lorber – who became interested in my songs and, in particular, one called "Dorothy". The song was about what happened to Dorothy after she got back from Oz. At some point Alan sent the song out to Jim Ed Norman in California and he cut it on Jackie De Shannon. I had been in NYC about 3 years by then. It was amazing to hold that album cover and see my name and hear that moving interpretation of my song.About a year later Judy Collins also cut "Dorothy" and Judy was my big break. She got me my first staff-writer job with Charles Koppelman and Marty Bandier's Entertainment Company.

Q: How do you tell a good song from a great one?
While I'm writing a song I tend to swing back and forth between thinking it's amazing and thinking it stinks. When the song is done, I usually have a "honeymoon" phase and am sure it is a masterpiece. After a week or two I get back to the real world and often realize it may not be as grand as I initially believed. But, on some songs the honeymoon doesn't seem to stop, and a deeper belief develops. Something in me just permanently loves certain songs I've written whether or not they ever get cut. I think probably those songs tend to be the ones that went directly from my heart and soul to my guitar and voice – only minimally involving the higher functions of my brain. Of course, I believe you have to first master the craft before you can afford to check your brain at the door of the dark and smoky Tunesville Lounge. I've often thought that the same elements that make for a great song can also make the song hard to get cut, meaning there is something different – perhaps ground-breaking – about the song, and that's what makes it great. That same difference, however, often requires the recording artist to take a risk because it forces him or her out of their normal comfort zone. A lot of artists are risk-averse. Luckily, some are not afraid to stick their necks out – at least once in a while.

Q: What's one lesson you've learned about songwriting that you can pass on to future songwriters?
Probably – lyric wise – not to bullshit, at least not too much. The more I can speak honestly and draw upon real experiences – things I've witnessed – the more likely my lyric will ring true. A little truth underlying the lyric is a very powerful thing. For the song's "spell" to work, the lyric needs to be believable.Along those same lines, I always advise aspiring writers not to forget that they are speaking to other people – not themselves – when they write a song. Bear those people in mind and ask, "Why should Joe Blow and Jane Doe give a damn about what I'm saying?" So I generally try to pick subjects that resonate in me and that I believe will also resonate with the listeners.

Q: Are there any songs that you wish you had written?
Too many to list. Off the top of my head, if I could put my name on any song, it might be "Both Sides Now" or "Over the Rainbow" or "Everything That Glitters" or "Please Come to Boston or "The Frozen Man" or "My Funny Valentine" or a bunch of Johnny Mercer or Jimmy Webb or Hank Williams songs. On my wall, I have a copy of "Sunday Morning Coming Down" hand-written by Kris (Kristofferson). Any songwriter who doesn't wish they'd written that song should find another line of work. It is a permanent monument to the power of economy, simplicity and honesty about the human condition. Kris bared his soul, and Johnny Cash had the guts to bare his in relaying the song to the public.

Q: Where were you when you first heard your first song on the radio?
I was sitting in a car in a New Jersey supermarket parking lot while a girl I was living with was in the store. I heard Crystal (Gayle) singing "The Sound of Goodbye". What a rush! All the concerns I had about glaring flaws in the song instantly evaporated. Emanating from the radio, it was suddenly perfect!

Q: What is the story behind your song "The Song Remembers When?"
I got the idea from an Ann Sexton poem "The Music Swims Back to Me". This elderly woman in the poem hears a radio playing a song and she says: "That song remembers more than I do". I wrote the idea down and about a year later my wife and I were actually "rolling through the Rockies" when we heard "Hard Rock Bottom of Your Heart" for the first time on the radio. I thought to myself that I would always remember that moment – and then I remembered I had this idea at home about the song remembering. So, when we got back I wrote it. As with most of my songs, it took me several days before I was completely happy with it.Alluding to the earlier question about knowing how good a song is, not long after I'd written it I began to believe it was as good a song as I'd ever write, and that if I couldn't get it cut I might as well give up. And . . . it was damn hard to get cut. It bounced around town for at least a year and finally Kathy Mattea cut it and then it got left out of the record. I was devastated. I went into a dark period of struggling with self-doubt. But then – a miracle – Garth Fundis cut it with Trisha (Yearwood) and they nailed it – spectacularly so. As silly as it may sound, when I was sitting in Garth's office and I heard the cut for the first time, I jumped out of my chair and said, "We're in the hall of fame!"

Q: Given everything it has taken to be a successful songwriter, would you do it all over again?
Silly question! If you have the calling – you must follow. When I moved to NYC I had decided that when I was old and grey, I could live with myself knowing I had at least tried – whether or not I succeeded. But I felt I wouldn't be able to live with myself knowing I hadn't given it a shot. Somehow, I just hung in there and Thank God I did. Making a living writing songs is a marvelous way to go.

Q: What advice do you have for up and coming songwriters?
First and foremost, you must love the process of writing songs. My number one goal in writing a song is to blow my own mind, so to speak. Rather than sitting around waiting for some other writer to slay me with some new song – which doesn't happen all that often – my goal is to regularly slay myself. That is THE great payoff in songwriting, regardless of what later happens or does not happen with the song. My wife always says I'm happiest when I'm deeply involved with a song I'm writing. Second, always try to let your gut feelings be the final arbiter in the hundreds of little decisions that go into crafting a song. Anytime my brain and my heart disagree, my heart always wins the argument.Third, regarding what I call the pursuit of excellence, it occurred to me one day that Tiger Woods winning the Masters by 3 strokes is Woods being literally about one percent better than the 2nd place finisher. My point is that often the difference between a good and great song is just those last few percentage points of excellence. I advise writers to set the bar pretty low when they rough out a song, and then raise it very high as they fine-tune it.Finally, should any of these up and coming writers really hit the "Big Time", I urge them to try and work my name into their Grammy acceptance speech.