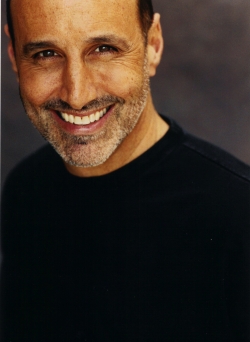 Nashville Songwriters Hall of Fame member Mark D. Sanders shares how he got started, and offers advice to up and coming songwriters.

Q: What does it mean to you to be a member of the Songwriter's Hall of Fame?
When I was a kid, I wanted to be a basketball player and I would imagine hitting the game-winning shot in the championship game and hearing the crowd roar. That's what it feels like, except I'm old and it's songwriting. When I came to town, I'd go to Linebaugh's down on Lower Broad and think about Hank Williams eating there, and now I feel like I could maybe sit at the same table with him--maybe even get him to sign something. Hank, and all the others who have gone before... I'm honored.

Q: How did you get started writing songs?
I started when I was about fifteen years old. I would spend time upstairs in my room with the door closed, listening to the Lovin' Spoonful, trying to figure out the chords to "Younger Girl," and writing poems about what was wrong with my life and what I wanted it to be. When I was in college, some of the poems started turning into songs, though I hadn't yet given up on becoming a poet. Songwriting became a hobby in my twenties, until I was faced with a life decision when I was twenty-nine, after I'd quit enough jobs to realize I didn't fit into the workaday niche. What was I going to be—a poet or songwriter? I figured at least a songwriter has a chance of making a living, and the rest is my personal history.

Q: How did you get your first song recorded?
Jim Viennau had just come on as a songplugger at the old Acuff Rose on Franklin Road, and when he heard my song "A Matter of Wine" he thought it would be good for his pal Mel Tillis, and lo and behold Mel actually cut it.

Q: Where were you when you heard your first song on the radio?
Mel Tillis was on WSM one night, so of course I called in and asked them to play my cut, which they kindly did. I don't remember where I was that time. But the first time I heard one of my songs on the Top 40 Countdown, I was driving a tour bus full of people who wanted to see the homes of the stars and all. When it started playing, I picked up my mic and said "Folks, I wrote this song." Silence. Disbelief. "Hey driver, where does Dolly Parton live?"

Q: How do you tell a good song from a great one?
I prefer to tell it quietly and firmly. No, seriously, it feels like there's something innate that recognizes crowning achievements, like when a writer has pulled off "The Song Remembers When," or "I Can't Make You Love Me," or "From a Distance." Right away I get very jealous and wish (see three questions down)…

Q: What was your inspiration for "I Hope You Dance?"
Tia Sillers was going through a divorce and had received some motherly counseling that we expanded into a song. I have kids of my own, and I knew what I wanted for them, so that helped a lot. I liked the concept of saying "I HOPE you" as opposed to "I WANT you to" or "You BETTER," in other words, not offering advice or ultimatums. In a way, the song is as much about the singer as it is about the person to whom she's singing.

Q: What's one lesson you've learned about songwriting that you can pass on to future songwriters?
I learned a long time ago that the way I might feel about my career on any one particular day is almost never a true reflection of my actual career, and that has allowed me to muddle through the dark days, somehow.

Q: Are there any songs that you wish you had written?
See above, and "One of Us" and "Lord I Hope This Day is Good" and "Louisiana Saturday Night" and on and on.

Q: Given everything it has taken to be a successful songwriter, would you do it all over again?
I'd do it all again in a heartbeat, only I'd come to town when I was twenty-three, instead of twenty-nine. This is the greatest career ever for those who find success.

Q: What advice do you have for up and coming songwriters?
Read, please. Live, please. Write what you know, please. Make it mean something to you, please. Please yourself.