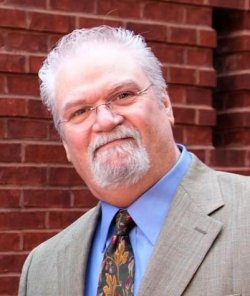 With hit songs spanning four decades and dozens of airplay and achievement awards, Roger Murrah is one of Nashville's most prolific songwriters and successful independent music publishers.

Q: What does it mean to you to be a member of the Songwriter's Hall of Fame?
It's an honor to be recognised by my fellow-professional songwriters and counted worthy to be listed among those on whose shoulders an industry was built.

Q: How did you get started writing songs?
My dad traded a pick-up truck for an old upright acoustic piano, when I was around 12 years old. I slowly learned how to play it, one note at a time. Then I started putting chords together, but never became proficient enough to keep the melodies of my songs from being simple, which turned out to be a blessing for my songwriting. Through the years, I've written most of my songs on a Wurlitzer electric piano, one of the best instruments (in my opinion) for writing, because it's melodic and percussive.

Q: How did you get your first song recorded?
Someone (I wish I knew who) pitched my first song that was recorded to Bobby Hardin of the Hardin Trio, which he ended up recording and releasing. Unfortunately, it kind of started off slow and tapered off in the charts, but it was very important to me and I'm still thankful to Bobby for recording it. A quick anecdote about that song... it's original title was "Just Because He Loved Her Before I Loved Her Don't Mean She'll Love Him Again". Needless to say, Bobby asked if I could shortin' the title, which I was glad to do. I obviously still had a lot to learn.

Q: Where does the inspiration come for your songs?
Life stories; quotes from people; words said uniquely; quirky thoughts; turns of phrases; inspiration from songs or movies that move me emotionally; strong titles; conversations and I'm pitched good ideas from co-writers as well.

Q: How do you tell a good song from a great one?
Well, I'm always telling my songwriter friends that our goal should be to write an exceptional song every time. But, unfortunately, we all have to write the other ones out of our systems sometimes, so we can hopefully have an occasional exceptional song come along. Usually with those, there's not a lot of argument about them from anyone who has been doing this for awhile. However, it's the "good" songs that confuse the most people. That's when you can run-the-gambit on opinions.

Q: What's one lesson you've learned about songwriting that you can pass on to future songwriters?
It's usually always better for your song, when you use "true" rhymes, ESPECIALLY setting up the hook or title. That's the one thing I notice most with a lot of young writers today, they don't respect the rhyme enough.

Q: Are there any songs that you wish you had written?
"Where Were You (When The World Stop Turning)". When Alan (Jackson) wrote that song, he gained my complete respect as a songwriter. It's American literature. "Good Ole Boys Like Me", written by one of our very best, Bob McDill. And of course, this song would also rank as literature of the American South.

Q: Do you have a special memory of hearing one of your songs?
Hearing "We're In This Love Together" in an elevator in Paris was pretty special for a country boy.

Q: Given everything it has taken to be a successful songwriter, would you do it all over again?
Yes

Q: What advice do you have for up and coming songwriters?
Believe in yourself, but don't be so quick to discount constructive criticism from a professional that you feel like you can trust.