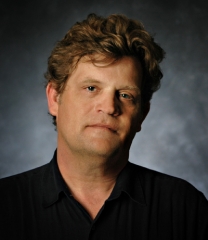 Q: What does it mean to you to be a member of the Songwriter’s Hall of Fame?
Frankly, it still hasn’t sunk in and probably never will. It means a great deal to me on many levels and for many reasons but it is difficult to articulate. Certainly there is no small portion of joy that emanates from the validation of one’s peers. And there is surely a portion of fulfillment knowing that those long and lonely songwriter hours added up to a modest bit of work that some people enjoyed. Most of all it’s a singular honor to have been given a seat at the table. Given the genuine respect and admiration I have for those who were, most appropriately, seated before me, I think I’ll just keep my mouth shut and listen!

Q: How did you get started writing songs?
My story is a common one, I suppose; boring, actually. When you’re raised in a small Baptist church you become mesmerized by that rich, simple and, for the most part, very American body of church hymns composed post-Civil War through the 1920’s. Those melodies and that very deliberate lyrical meter got into my head, my heart and my soul. As I entered my teen years the music of the 60’s began mingling with those Fanny J. Crosby tunes and by the time I was 19 or so, I was hooked. Anyone who has ever heard one of my songs can easily detect my very basic influences. Really, I never progressed as a composer beyond those fundamental elements.

Q: How did you get your first song recorded?
Well, I don’t really know. The first songwriter I met in Nashville (in 1978) was Stewart Harris. “A friend of a friend” had given me his name and suggested I look him up when I got to town. Stewart was writing for Jerry Reed and was very kind and gracious to me. He and I began “co-writing,” a very foreign concept to me. A few months later another fine fellow joined Stewart and I one day to collaborate on a tune: Keith Stegall. We wrote a song called “Hurricane” and a few months after that Stewart and Keith called me to say it had been recorded by an artist on RCA. It went to #1 on Billboard. That was crazy.

Q: Where does the inspiration come for your songs?
“Here, There and Everywhere,” I suppose. From my limited periscope I have perceived that I’ve written 3 types of songs: boring, boring and a handful that have some merit. In my early years in Nashville I searched and longed for a good, functional title and then banged away at it until I removed all the complication from the story. Other times I’ve been moved by an event, a person or a memory and have attempted to get to its essence. Most of the time I’ve wasted hours, weeks, months and years trying to make something worthy out of something that has no worth.

Q: How do you tell a good song from a great one?
Truth, tears, melody and rhythm.

Q: What’s one lesson you’ve learned about songwriting that you can pass on to future songwriters?
It’s a job, it’s a profession and it’s hard work. It also beats the hell out of roofing, which is what I was doing before that “Hurricane” incident I described above.

Q: Where were you when you first heard your first song on the radio?
Decking a roof at 1214 16th Avenue South — the soon-to-be-offices of DebDave/Briarpatch Music Publishing.

Q: Given everything it has taken to be a successful songwriter, would you do it all over again?
Twice, at least.

Q: What advice do you have for up and coming songwriters?
Take care of those you love, those that love you and others, too.